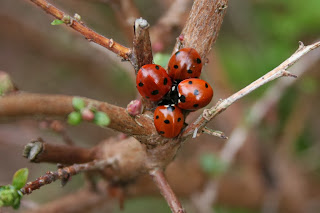 Well, let's face it, working in teams in the workplace is no walk in the park either. And that's really the theme of the module I teach to my final year students.

The aim of this module and its associated assessment is to experience being part of a project team - and then to reflect on that experience using relevant theory. Normally we look at old favourites such as Tuckman and Belbin, but increasingly I feel that these don't really touch some of the real problems that teams and individuals within those teams seem to experience.

This week's session focussed on choosing the team. Most students had already begun the process and I had provided a Google Spreadsheet on which they could organise themselves. A good number of students hadn't managed this by the day before the deadline so I sent out a reminder and a warning that I would allocate anyone not already signed up. I also stressed that the purpose of the seminar was to meet with other members and work together on the project. This message had a big impact on attendance and in the end there was just a handful of students who hadn't formed a project team.

The seminar itself probably looked from the outside to be rather chaotic - and probably felt that way too for those students still involved in negotiations - and peregrinations around the room - to find a "home".

But by the end of the hour - to everyone's relief - the job was done. Everyone seemed to be fairly happy with their final groupings so I was shocked when the next day one student reported having been bullied by another because she had chosen not to work with her.

The second task I had set the students on Monday was to develop a group contract. All spoke about equal contributions, attendance and above all, treating one another with respect but intergroup groundrules have not been discussed.

What is happening when problems like this occur? What prompts such nasty behaviour? Is there any way that these difficulties can be avoided ? Some colleagues have commented to me that selecting the groups FOR the students is a better option, as it avoids just this sort of problem. See also this paper on Turning Student Groups into Effective Teams which advises a fairly presecriptive approach.

Students in the main though prefer to make their own choices because they know  - by their final year - who they can work with, who turns up and who makes a fair contribution. They have commented in their NSS and end of module evaluations that group work marks are unfair if the group is "landed with" an absent or non contributing member or someone whose work is of poor quality. They also hate it when that person gets a decent grade despite their poor performance because other group members take up the slack. I would also say that in 3 years of teaching this module to 6 different cohorts I have actually only ever experienced one problem group and I have always stuck with self selection.

As I was puzzling over these questions, I was directed to this interesting article about workplace relationships which I think has relevance here. Inter- and intra-group rivalries, bullying, exclusion, and withdrawal have their roots in anxieties about personal competence, competitiveness, envy and insecurities around belonging. These anxieties are as true of the student group as they are in the workplace or the family, but we rarely discuss them openly.

Groups that are forced by circumstances - or their tutors - to work together, need a way of developing a sense of belongingness fairly quickly so they can get on with the task before them. If they spend too long "storming" amongst themselves they may fail to accomplish their more strategic objectives. A quick way of a group starting to feel more cohesive is to set themselves up as separate from all the others.

Within the group, especially if the membership is not self selecting and students do not have existing bonds of friendship, another survival tactic is to develop cliques or to scapegoat one particular individual - again this allows the rest of the group to feel superior, to have a sense of being "on the inside", as they identify others who are on the outside.

The leaders role in these circumstances is to name the process and make it clear that bullying is unacceptable. Lencioni has an interesting take on group development which builds on Tuckman's original model and shows just how dysfunctional teams can become if the forming and storming is not negotiated appropriately - time has to be spent on building trust so that any subsequent conflict can be dealt with appropriately and healthily.

Hmmmm - as someone who hates conflict in all its manifestations, I confess I am not entirely clear what consitutes "healthy" conflict, but I think that what is meant is that dealing with differences of opinion, or deciding what to do when there is a range of opinions, don't have to feel threatening if a group of people have a basic sense that they are all on the same side.

So this will be my theme for Week 5 I suspect.