I was chatting to my daughter late last night on Skype: she is in her first year at University and everything is new, exciting and confusing.

Not least her first experiences of lectures: 400 coughing and sneezing 18 year olds in a lecture theatre, rapid fire powerpoint, notice of regular tests, a 50 page book to read by next week - all around her people taking down notes. There was even a prize given away for the student who could remember and quote back at the lecturer an obscure author she had mentioned at the start....

As an added incentive to attend the lecture, students were informed that they could not have access to the lecture notes or slides until later that day, and only then if they answered some questions to check they had been paying attention and taking notes.

My daughter has done well to get to where she is, being midly dyslexic, with specific difficulties in reading and comprehending that were confirmed in a test the University carried out last week. Taking notes whilst listening is not something she can manage easily - in fact it would help her understanding of what is being said if she could have copies of the slides in front of her to make notes on as she goes along.

Being new to Blackboard it wasn't easily apparent to her where she could access the tests she had to take in order to access the slides .... on top of all the confusion and disorientation she was already feeling in a new environment, her own learning difficulties were adding to the problem. She was sad and disappointed. I just feel angry.

On the positive side, she has got support from the University for her dyslexia, she is in a small seminar/workshop group where she can talk about the course in a slower and more considered way, there are some good learning materials available on Blackboard and in her text books, and there is a drop- in session available to those who want further explanation of some of the points covered in the lecture - so in her own time and in her own way, hopefully, she can begin to learn what she needs.

My point is - what is the point of lectures? I don't think it is only students with some form of learning difficulty who need support, small group work, handouts before the session, clear signposting on how to use the VLE.

When I first saw Mike Wesch's "Vision of Student's Today" I thought it was reflecting an archaic, peculiarly American phenomenon - I have obviously been teaching at PG level for too long....I'm with Wes Streeting on this!! Let's abolish lectures and encourage personalised learning.
Posted by jane@salsabaile at 09:19 8 comments:

A great resource on critical thinking

Posted by jane@salsabaile at 13:14 No comments:

The intersection between work and learning

The Instructional Use of Learning Objects -- Online Version

Posted from Diigo. The rest of my favorite links are here.
Posted by jane@salsabaile at 11:54 No comments:

Deseret News Universities will be 'irrelevant' by 2020, Y. professor says

Posted from Diigo. The rest of my favorite links are here.

Posted by jane@salsabaile at 11:52 No comments:

Christopher D. Sessums :: Blog :: Social Media and Learning Institutions in the Digital Age: Rolling Your Own Communities for Learning

Educational Leadership:Teaching for the 21st Century:21st Century Skills: The Challenges Ahead

Science of the Invisible: PLEs at HEA

The Psychology and Skills of Personal Learning Environments

Jane's E-Learning Pick of the Day: The future of e-learning is social learning

Self Organisation and Virtual Learning

Edge: THE IMPENDING DEMISE OF THE UNIVERSITY By Don Tapscott

Our post-digital priorities: overcoming the neglect of the tutor DMU Learning Exchanges

Posted from Diigo. The rest of my favorite links are here.
Posted by jane@salsabaile at 11:51 No comments: 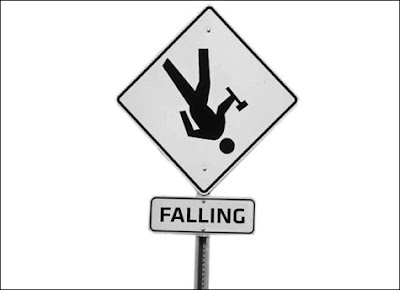 Its a depressing fact but the drop out rate on e-learning programmes is disturbingly high. (see for example: http://jolt.merlot.org/Vol2_No2_TylerSmith.htm )

On this programme as a whole (not the virtual leader module specifically) it is even higher than expected.
Students suffer various unexpected crises during the year ranging from pregnancy to death of a family member, with everything in between - marriage, divorce, nervous breakdown, personal illness and redundancy.
By far the biggest pressure - the one students most often cite - appears to be work, and having worked in and around the NHS for 25 years, I know the demands placed on managers at all levels. Throw into the mix the flu pandemic, the recession and the obligatory reorganisation of services and the turbulence is clearly too much for most people.
However, in England, a sister programme for NHS managers - similar content, same academic level, same demographic, similar numbers - suffers nothing like the same rates of attrition. And this despite the fact that students get less face to face workshops and contact with tutors. It is in fact a "supported distance learning programme" whereas the Scottish NHS programme is described as "blended learning" - that is, it mixes on-line and face to face support with self study.
I think there are a few variables at play:
in the English course, students have all the materials they need presented in hard copy.
in the Scottish programme, students have to research materials on line from references provided, using a free, university provided electronic library resource.

In England students have two workshops per module but beyond that are left to get on and study by themselves
In Scotland they have two workshops but are then expected to contribute to an online discussion board and complete week by week activities on line.

In England students generally pay a contribution for the programme.
In Scotland it is free of charge and there is no penalty for withdrawal.

In England tutors are generally drawn from the same organisation - the Trust's training lead or another senior manager who is enthusaistic about management and leadership development.
In Scotland, the tutors are employed by the awarding university.

Some of these factors would suggest - intuitively - that the Scottish students get a far better deal: more support, no financial cost, less "supervision" from their employers, access to wider resources and up to date technology.
However, I think the act of paying for something secures greater commitment, not less, and the involvement of trainers from the same organisation may tend to make students more reluctant to give up.
It is perhaps too easy for students to email their resignation to a distant university administrator than it is to go and tell their line manager or the hospital's training lead.
One student recently emailed me that he had simply "lost enthusiam for the course". Would he have said that (even if it were true) if he was explaining to his line manager why the Board's investment of nearly £2000 in his development (never mind "cost" of study leave) was being wasted? Would he have thought twice if that money had been his own, and not the NHS?
As I say, I think there are many factors at play and simply forcing students to stay the course by imposing a financial penalty is not the only answer. Certainly many of the students withdrawing report a lack of support at work and protected study time as factors in their decisions.
Like all complex problems, this is going to require more than one solution.
Any thoughts?
Posted by jane@salsabaile at 09:15 2 comments:

A video interview with Ken Thompson - author of Bioteams. Do Virtual Teams and Bio Teams (self managed teams) still need a project manager?
As you approach the assignment for this module, you might want to watch this interview and discuss with your colleagues.
http://www.bioteams.com/2009/09/01/new_bioteams_project.html#more
Posted by jane@salsabaile at 09:46 No comments: