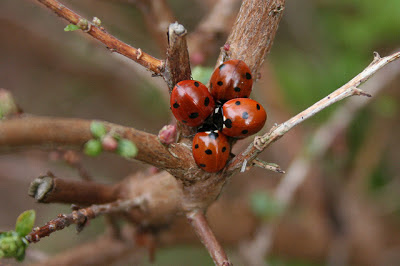 This is the third year I have run my Level 6 modules on leadership and the third time I have set the group project/on line presentation assessment task.

It is really interesting to see how the students' response to this task has changed over the three years - and to see the increasing sophistication of their responses.

In the first year, I prescribed Google Sites as the platform for one group; the second group chose either Blogger, Facebook Groups or PowerPoint.

The following year - both groups were being taught together and I used Wikispaces as the main teaching and discussion platform with varying degrees of success. Students had a free choice of presentation platform.  PowerPoint was still used by two groups but other options chosen were Wix, WordPress, Blogger, WikiSpaces and Facebook.

Each cohort has built on the success of the previous year - I have used exemplars from previous years to stimulate ideas - and got more sophisticated.

Topics for the Project have not changed much - Toy Story is still a very popular choice for examining leadership styles and team dynamics (if you think about it for a moment, it really does work!). Obama, Mandela, Thatcher, King are consistently the favourite "real life" figures that have been the subject of students' work. This year we also had Gladiator, Avengers Assemble and Lion King. I really enjoy the juxtaposition of Disney and serious discussions about motivational theory - and so do the students.

I have had the usual mix of responses to the project but far less anxiety than previously - even from the "mature" students. In every group someone has stepped up as the technical expert, having had some previous experience of creating web content. In fact, the self selected group of mature students produced probably the best of all the projects in terms both of content and the sophistication with which they organised their material using Blogger - with tabs, labels and hyperlinks creating a seamless navigation between topics (you can view it here).

Another favourite of mine made use of a Toy Story Facebook group, with each character having been given their own FB profile. Top marks for sheer creativity :)

Another new element to the assignment this year was the method of peer assessment. In the first year, I graded the presentations and the group work was worth just 20% of the overall coursework element of the module.

Last year, there was anonymous peer assessment using an on-line vote. The students' grading of projects was very close to my own grades, but although some feedback was constructive, the worst ranged from the perfunctory to the downright rude.

This year, the group work was worth 50% of the overall coursework element (as agreed with the students) and feedback was public. In the smaller cohort the students were happy to offer suggested grades and feedback on each others' projects using clear assessment criteria. This took place in a classroom session and was followed up with written notes made available on the VLE. The process was uncomfortable for some but all integrated the feedback into their final reflections and generally found the process a rewarding one.

In the larger of the two cohorts, students steadfastly resisted the idea of grading one another's work. Instead, I graded them but all students had to offer written feedback through the Discussion Boards in the VLE. The quality of the feedback (which was of course NOT anonymous) was really very good with classic "feedback sandwiches" being offered. Reflecting on the process in our final meeting of last term, students said they had found it very affirming.

Another aim of this assignment is to get the students to work together on a challenging, short term project and then reflect on team dynamics, team leadership and their own roles. The "product" - an on-line resource examining leadership styles in a case study, film or biography - is meant to present the challenge (learning how to use the platforms, coordinating effort, working virtually etc). I wonder though if this will still feel like a challenge to students in 3 years time or will it become the PowerPoint  of its day? Whatever next?

Posted by jane@salsabaile at 09:22 No comments: