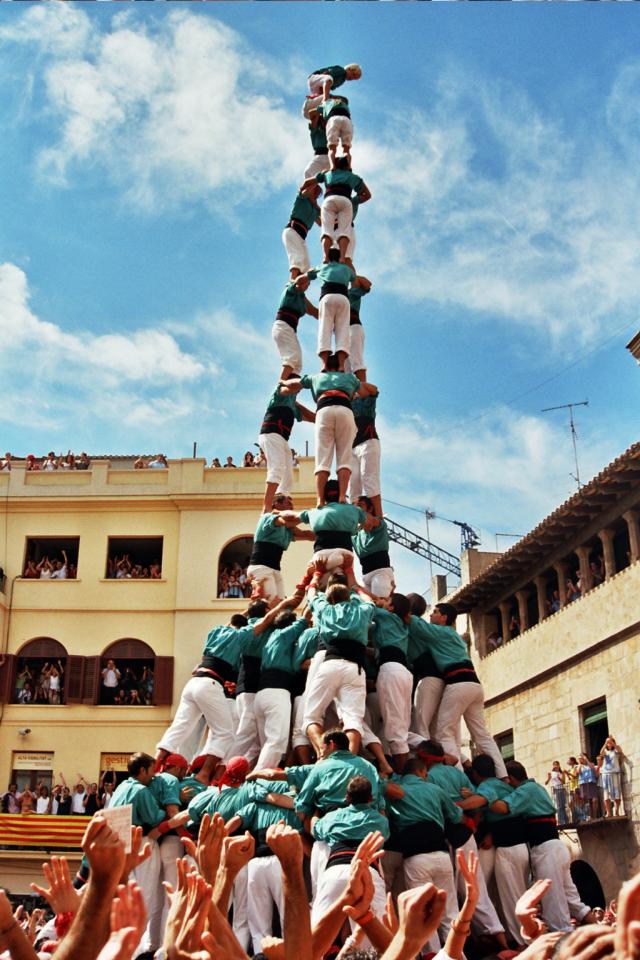 In response to suggestions from students, a colleague and I have volunteered to run an open class for first and second years together in Term 1.

We are both engaged in teaching research skills - albeit at different levels - and in this session we will be encouraging students to share and develop ideas about possible research projects they are going to do this year. A hoped for by product is a sharing of experiences and developing bonds between the two year groups.

We don't currently have a PAL, PASS or student mentoring system in place - we have tried this in the past with little success, but it is something I'd like to see resurrected - and this open class could be the beginning.

However, being uncertain how to go about such a venture, and wondering if anyone had tried this before, I used the LDHEN email list to solicit ideas, links, advice. Here's what I got back.

I am also running a blog that gives insight into the work we are doing: http://peermentoringinpractice.com/

Part of the work of the second year module is to support the first years with their developing sense of belonging - and also to facilitate their various first year projects: blogging to learn; develop a digital me; study & academic skills research project.
We have the modules running concurrently - and specifically the third hour of the PMiP module requires the students to be with the first year students.

Ricardo Eversely (London Met): I teach within the Visual Communication cluster on the BA Graphic Design and Illustration courses. We currently employ this system within our Design School teaching at www.thecass.com

It's called the Studio System here at The Cass and works within a framework that sees 2nd and 3rd year students sharing the same workspace for three out of their four modules throughout the year. MY STUDIOS TO DATE

Liz Thomas (Edgehill): There are a range of examples of across year collaboration in the Compendium of Effective Practice in Directed Independent Learning (https://www.heacademy.ac.uk/resource/compendium-effective-practice-directed-independent-learning) which might give you some ideas.

Joan Mahoney (HEA Academy):  Here are some slides I used for a workshop last year. https://www.heacademy.ac.uk/sites/default/files/peer_learning_workshop_presentation.pdf
There’s a few research references in these. The key thing, I think, (its almost impossible!) is finding time to really plan and to think through each step. Be really clear what it is that you are doing. E.g are you providing mentoring? are you providing peer-led learning? (students need to be clear they are not teaching). There are a whole pile of nuts and bolts that need to be considered (noted in the slides).  If everyone is clear what it is they are involved in, and are using the same language, that helps

Nicholas Bowskill (Derby): We've done this for various applications including student induction & transition. The important point for us was to make sessions benefit both Year1 and Year2 students. We ran a student-generated transition session for 2nd year students so they could talk and listen to each other. We then ran a student-generated induction session for Year 1 students so they could do the same. We then had Year2 students respond to the issues raised by Year1 students.

The outcome was a chance to reflect for Year2 students (on previous year and their second year at university). It was a chance for Year 1 students to recognise they weren't alone in having particular concerns. It also provided a 'shape' or structure for the Year 2 students to mentor Year1 students in a socially-contingent manner.
We've done it between academics and students as two interacting cohorts as well. We thought it was valuable to understand the journey from student to academic and vice versa. In that instance, we had students collaborate about reflective practice (what does it mean, how can we work together etc). Then we had academics collaborate as a department on the same issues (what did reflective practice mean to them etc). We then shared and discussed the thinking of both groups and it was very illuminating for all concerned. We're extending that work at the moment (to both sides of the 'partnership' concept).
It was a way of extending the idea of Student As Partner/Producer to intergroup ways of thinking and working. There's also a workshop in London coming up if you want to experience it firsthand. We do bespoke workshops too. Details online at: http://bit.ly/sharedthinking

Thanks to everyone who shared their ideas - hope it's been of benefit to others too: I'll be blogging about the set up and outcomes as we go along.

Posted by jane@salsabaile at 16:33 No comments:

On Wednesday 9th September I am going to present at the Summer School of the Unversity of the Balearic Isands (UIB) Ibiza - sadly, by Skype and not in person.

The theme is "trending topics in ITC" and my session is about the digital storytelling project I have been working on with Gemmar Tur and Victoria Marin from UIB over the past year.

Here is the Prezi in Spanish:


and the English version:


Tell me a story from Jane Challinor

So what is a digital story? For me, this means a mixed media presentation, living on the web, which probably incorporates music, images, written words and – possibly – the author’s voice.

When I Googled "cuentos digitales" on Google.es, in preparation for this event, I mainly found stories for children, but in the collaborative study, our use of digital storytelling focused on reflection on learning by students in HE who are engaged in professional education (teaching and health and social care professions).

Storytelling is a very ancient human activity and one that has been used for millennia in the realm of education. Stories contact deeper emotions and call for greater creativity than the usual essay, report or portfolio and they are almost innately reflective – indeed, reflection in a professional setting often starts with the recounting of a story. The story form allows us to make sense of events and our own thoughts, but also allows us to see things from a different perspective.

Why a DIGITAL story?
Firstly, the platforms available to us on which to create digital stories lend themselves to a multimedia creation which engages the audience on many different levels: music and imagery combine to affect us emotionally and aesthetically. Also, for students preparing for employment these days, the development of 21st century skills – including digital competence – is essential. Creating a digital story therefore provides an authentic task (reflection on learning/reflection for professional development) which at the same time develops digital skills. Furthermore, the use of OER (as embedded resources and as a finished artefact) teaches important lessons about collaboration, digital identity and copyright whilst providing a platform on which to share our ideas, our stories, with the wider world.

What are the benefits of digital storytelling?
Obviously – increasing digital confidence and competence. But also - allowing creative expression, giving a voice to those with little confidence in academic writing, giving students the opportunity to practise speaking in public. And most students (over 80% in my end of year survey) find it a fun assignment to do.

Are there any disadvantages?
It can be a real challenge for anyone not used to working on the web or using digital tools – students AND teachers.

For the teacher - it can take longer to plan classes, putting appropriate scaffolding in place to guide the less confident students. If you are going to grade the finished story, you need to think about marking schemes or rubrics – for both the digital and the reflective elements.

So – HOW do you make a digital story?
Fortunately there are lots of step by step guides available. My favourite website is: http://digitalstorytelling.coe.uh.edu/  (which also gives guidance on platforms and tools you can use)  and this is the original digital storytelling site http://storycenter.org/

What did the students think?

It was:
Fun 82%
Technically challenging 62%
Improved my digital skills 90%
Helped me to become more reflective 83%
Relevant to my studies 85%
Relevant to my future career 44%

As a result I am more likely to:
reflect on my learning 90%
reflect on my professional practice 86%
use the same tool again 75%
try other online tools 75%
stick to PowerPoint 28%
be cautious about sharing personal information on line 75%
mention this as a skill on my CV 46%

Interestingly, the students I surveyed (in their first year) generally didn't see this as an "employability skill",  although this was an aspect mentioned by the final year students. (For more detail about themes explored in the stories -  and more student feedback -  see previous blog posts)

This is not really so surprising given the stage the students are at, but it does perhaps point to the fact that more work needs to be done to set the professional context for this activity in future.


Posted by jane@salsabaile at 13:04 No comments:

#altc Open Learning? It's a Peach

#altc 2015 Open Leaning? It's a Peach! from Jane Challinor

This presentation gives a brief overview of an innovative learning activity and assignment that I did with my class last year which involved the use – and creation -  of Open Educational resources.

"Peach" refers to the site Photopeach. This provides a simple, scaffolded approach to creating online content:
students upload images, organise them, add captions, choose from selected music or link to YouTube then share the finished product on Facebook; they can easily share a group log-in so that they can collaborate virtually.

A bit of background: I teach a first year Health and Social Care module known as Research and Professional Practice. The aim of my module is primarily to introduce students to academic study – including digital competence, referencing, and reflective practice & group work.

I have 120 students and we work in two groups of 60  in a new, technology-enhanced classroom know as SCALE UP. This holds up to 100 students in the classroom at any time; has round tables holding nine students, Macs (3 students per mac), Wifi, -  all set up for an enquiry based learning approach.

Before students arrived I conducted a pre-course “Digital skills” survey via Facebook to find out what they already knew, what skills they had and where they felt less confident: what emerged form this was that:

interestingly, 65% said they were confident about copyright (BUT on further enquiry, it turned out they actually thought it was OK to use music from You Tube, their own Itunes accounts or that any Google images were copyright free)

So, why use OERs and open technology? the most compelling argument for me is about collaboration: we certainly don’t have any thing on our VLE that allows students to collaborate online, not even to create content – unless you include a rather clunky e-portfolio plug in (and frankly I don’t!)  But OERs mean collaboration beyond the classroom and the cohort. Furthermore, OERs, social media, web 2.0 technology are all beginning to be used in the Health and Social Care field to create communities of practice amongst professionals – and  indeed are enabling service users to connect, to educate themselves and to take charge of their own well being. So for me it makes sense to use open platforms with these students from the outset.

And yes – Open platforms are more fun than essays! They allow students to express themselves in quite different ways and to be creative – which is particularly useful in reflective tasks.

The aim of my module is to introduce students to academic study – primarily: how to search for information, referencing and writing skills; group work, reflective practice.

So this first formative assignment aimed to combine these elements:
Did it work?
The proof of the pudding for me was that, 6 months later, in the final task of the module, (a reflective digital story)
In the final digital story, reflecting on their learning from the module, they also noted (amongst other things)

students' feedback on the module was overwhelmingly positive (actually the highest module evaluation scores I have had in four years of teaching this subject).

So how do I feel about that? Why, just peachy, of course!

Posted by jane@salsabaile at 17:07 No comments: