Opening the doors on peer to peer learning 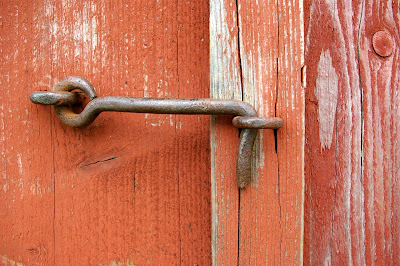 I term it "open door" because we literally had partition doors opened between our respective classes that run at the same time on a Monday afternoon. My colleague takes the second years for a research skills module whilst I am next door teaching the first years a general introduction to studying in HE, which is presently focused on developing a group reseach project.

We planned the session as a "world cafe" event to give students from one year an opportunity to meet as many in the other as possible. Each table had a "host", a question to be discussed and flipchart paper and pens.

A= What are the big issues currently in the news concerning health and social care?
B = What issues in health and social care do you think are neglected? (could benefit from more research)
C = What are the best resources to help you with your research?
D = What makes a group project/presentation really successful?
E= How does work experience help with understanding subjects studied on the course (and vice versa)
F = What are your career plans and how could your research help you achieve them?

The event went pretty much as planned and there was a fabulous level energy in the room - LOTS of chat and laughter and the table hosts fed back using a hand held mic, to general applause.

At the end of the session we used audience response "clickers" to get some instant feedback. In general, the reaction from the students was very positive - 66% of all responses indicated that meeting other students and learning from one another were much appreciated, just 10% felt it was NOT useful.

When asked if they wanted a repeat session, the first years were 65% against and the second years 66% against. However, there were slight variations in the two iterations of the session.
In group one (76 students), which was actually quite crowded (most students preferred the earlier start time and came along depsite what their timetable said...) the feeling was more pronounced - particularly amongst the 2nd years (76% said no). In the second session, a much smaller number overall (46 students), the second years were actually more positive and 60% voted in favour of a repeat session. This second group contained a number of mature second year students who reported that they had enjoyed taking on a mentoring role with the younger students.

52% of all students said that overall the session had helped them to understand the importance of research on the course but only 20% felt they were any clearer about their actual choice of research topic. In a sense this is not that surprising as it is still very early in the term and such decisions have yet to be finalised. And for the first year students, this was the first time they had been asked to think about this question.

There were however some tangible outputs in the form of flipcharts full of research topic ideas, (which we also photographed and later posted on the VLE).

Before embarking on this session I had crowdsourced a bit of advice. One comment that really stood out from Joan Mahoney at the HEA  was to really think about what you are trying to achieve.

With hindsight, I suspect we were trying to achieve too much, too soon; asking for some volunteer mentors to help the first years think about designing their research topics might work better, whilst this could also provide a more structured experience for the 2nd year mentors, especially with better advance briefing or training.

Having now set the first year students off on developing their group research projects, I do feel that they have a better grasp of current issues and are ready to engage with them, so the "topics brainstorm" element of the open doors session was definitely helpful. The other thing I have noticed is a major increase of late in traffic on the course Facebook groups (first and second years) where students have lately been posting relevant articles, book recommendations and even guidance on how to select a research topic - including references back to the joint session we ran. Second year students have also suggested that they would welcome some joint teaching with Year 3 around research.

So nothing conclusive from the experiment, but definitely food for thought for future research teaching across all three years.

Posted by jane@salsabaile at 11:52 No comments: